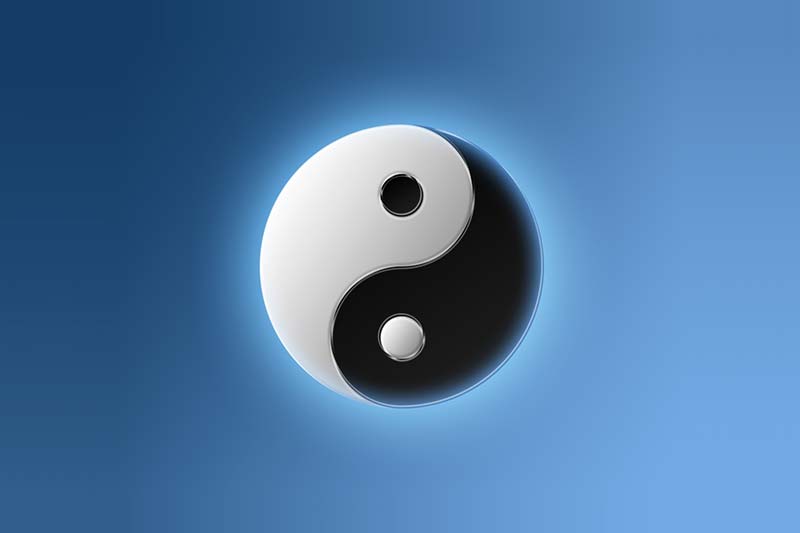 These scholars also believed that our universe consisted of five basic elements, which are Metal, Water, Wood, Fire, and Earth. The Five Elemental Energies (wu sing) represent the tangible activities of yin and yang as manifested in the cyclic changes of nature which regulate life on earth. Also known as the Five Movements (wu yun), they define the various stages of transformation in the recurring natural cycles of seasonal change, growth and decay, shifting climatic conditions, sounds, flavors, emotions, and human physiology. Each energy is associated with the natural element which most closely resembles its function and character, and from these elements, they take their names. Unlike the Western and other systems of five elements, the Chinese system focuses on energy and its transformations, not on form and substance. The elements thus symbolize associations of the activities of the energies.

Water is the elemental energy associated with winter, when a state of extreme yin prevails. Winter is the season of stillness and rest, during which energy is condensed, conserved, and stored. Water is a highly concentrated element containing great potential power awaiting release. In the human body, Water is associated with essential fluids such as hormones, lymph, marrow, and enzymes, all of which contain great potential energy. Its color is black, the color that contains all other colors in concentrated form. In nature, Water is dissipated by excess heat; in humans, Water energy is depleted by the 'heat' of stress and excess emotions. The way to stay still and „be cool“ is to conserve the potential energy.

The next phase of the seasonal cycle is spring, during which the Wood element arises from the potential energy of Water, just as plants sprout from the ground in spring rains. This is the 'new yang' stage of the cycle. Wood energy is expansive, exhilarant, explosive. It is the creative energy of 'spring fever', awakening the procreative drive of sexuality. It is associated with vigor and youth, growth and development. In the human body, Wood energy is associated with the movement of muscles and the activity of tissues. Its color is green, the vibrant color of spring growth. Wood energy demands free statement and space for open expansion. Blocking it gives rise to feelings of frustration, anger, jealousy, and stagnation.

Just as spring develops naturally into summer, so the aggressive, creative energy of Wood matures into the flourishing 'full yang' energy of Fire. This is the most overtly energetic phase of the cycle, during which the 'heat' of full yang energy is sustained. All life forms flourish in summer owing to the warm, stable glow of fire energy. Fire is related to the heart, which is the seat of human emotions and the organ whose constant warmth and pulse keeps blood and energy moving. Its color is red, the warm color of fire and blood. It is associated with love and compassion, generosity and joy, openness and abundance. If blocked it results in hypertension and hysteria, heart problems, and nervous disorders.

Towards the end of summer, comes an interlude of perfect balance during which Fire burns down and energy mellows, transforming itself into the elemental energy of Earth. Neither yin nor yang predominates during this period; instead they are in a state of optimum balance. This is the pivot of the cycle, the fulcrum between the yang energies of spring and summer and the yin energies of autumn and winter. The Five Elemental Energies hum in harmony at this time, providing a sense of ease, well-being, and completeness. The Earth energy in late summer is celebrated in the song 'Summertime, and the living is easy.' Its color is yellow, the color of sun and earth, and in human anatomy it is associated with the stomach, spleen, and pancreas, which lie at the center of the body and nourish the entire system. If Earth energy is deficient, digestion is impaired, and the entire organism is thrown off balance owing to insufficient nourishment and vitality.

As Summer passes into Autumn, the energy of Earth transforms into Metal. During the Metal phase, energy once again begins to condense, contract, and draw inward for accumulation and storage, just as the crops of summer are harvested and stored in autumn for use in winter. Wastes are eliminated, and only the essence is kept in preparation for the nonproductive Water phase of winter. Metal energy controls the lungs, which extract and store essential energy from the air and expel wastes from the blood, and the large intestine, which eliminates solid wastes while retaining and recycling water.

Its color is white, the color of purity and essence. Autumn is the season of retrospection and meditative insight, for shedding old skin and dumping the excess baggage of external attachments and emotions accumulated in summer. Resisting this energy by clinging sentimentally to past attachments can cause feelings of melancholy, grief, and anxiety, which manifest themselves physiologically in breathing difficulties, chest pain, skin problems, and low resistance. Flu, colds, and other respiratory ailments are common indicators of blocked Metal energy, which is associated with the lungs.

Five Element Theory helps you understand how natural changes within your body and the outside environment affect your health. To predict and understand these dynamic changes, ancient doctors studied nature to determine what universal principles existed that could be applied to health and well-being. Five Element Theory is what they came up with.

The above chart is a static illustration showing the different body/mind relationships associated with each organ. To get a sense of the dynamic nature of these interactions, let's look at how these elemental forces generate and regulate energy (chi) in natureand in the human body and mind.

Based on Five Element Theory, each elemental force generates or creates the next element in a creative sequence.

This creative process is illustrated in Figure 1 below:

When applying this "supportive relationship" to the human body, we see that each internal organ embodies the energetic qualities of the element it's related to. Each organ is responsible for providing the energy needed by the next organ in the generative cycle.

Based on Five Element Theory, each elemental force is also associated with another element that it is responsible for controlling or regulating.

This regulating process is illustrated in Figure 2 below:

When applying this "regulating relationship" to the human body, we see that each internal organ embodies the energetic qualities of the element it's related to. Each organ is responsible for providing energy to regulate or control excesses or deficiencies in the energy of the organ it's associated within this cycle.

In summary, your internal organs play a dual role in promoting and maintaining your health: generating and regulating energy for each other. Each organ passes energy to the organ it supports, and, when necessary, controls imbalances in the energy of the organ that it regulates.